You are here:
Accountancy 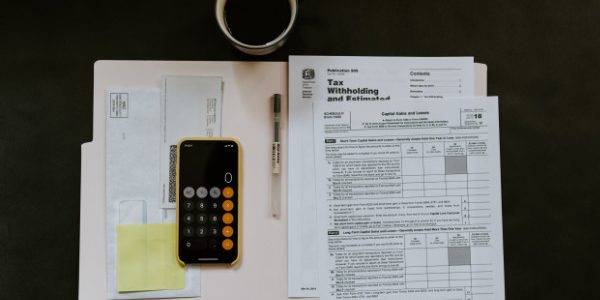 This initial fine will be followed by a string of other penalties for failing to submit a tax return online three, six and 12 months after the 31st January cut-off.

In total, the financial penalties for a 12-month overdue tax return will be a minimum of £1,600, which can seriously affect the bottom line of any self-employed professional or sole trader.

HM Revenue & Customs (HMRC) also penalised 8,000 more UK taxpayers for unacceptable errors in the last tax year than it did a year earlier, according to data following a Freedom of Information request from RSM.

The figures indicate that 40% more taxpayers are being fined by HMRC for deliberately understating their revenue on their self-assessment tax return.

During the 2015-16 financial year, the tax authority issued 28,663 financial penalties to taxpayers for errors made on self-assessment forms, compared with just 20,740 throughout the 2014-15 financial year.

That figure was drastically lower still during the 2012-13 financial year, with just 5,162 taxpayers penalised, underlining HMRC’s increased focus and ruthlessness on tax evaders.

George Bull, tax expert, RSM, said: “It’s difficult to read the figures without drawing the conclusion that something has changed in HMRC’s approach to penalties.

“This spike in penalties suggests a marked change in attitude at HMRC, and it is clear that inspectors are now taking a much harder line.”

If you need guidance regarding your tax affairs, Ascentant can work with you to see if any tax savings can be made, calculate your tax liabilities and arrange payment to allow you to concentrate fully on running your business.

Business Tips: Setting KPIs and measuring performance
23 May 2022
Recent Comments
Search
Go to Top
We use cookies on our website to give you the most relevant experience by remembering your preferences and repeat visits. By clicking “Accept All”, you consent to the use of ALL the cookies. However, you may visit "Cookie Settings" to provide a controlled consent.
Cookie SettingsAccept All
Manage consent

This website uses cookies to improve your experience while you navigate through the website. Out of these, the cookies that are categorized as necessary are stored on your browser as they are essential for the working of basic functionalities of the website. We also use third-party cookies that help us analyze and understand how you use this website. These cookies will be stored in your browser only with your consent. You also have the option to opt-out of these cookies. But opting out of some of these cookies may affect your browsing experience.
Necessary Always Enabled
Necessary cookies are absolutely essential for the website to function properly. These cookies ensure basic functionalities and security features of the website, anonymously.
Functional
Functional cookies help to perform certain functionalities like sharing the content of the website on social media platforms, collect feedbacks, and other third-party features.
Performance
Performance cookies are used to understand and analyze the key performance indexes of the website which helps in delivering a better user experience for the visitors.
Analytics
Analytical cookies are used to understand how visitors interact with the website. These cookies help provide information on metrics the number of visitors, bounce rate, traffic source, etc.
Advertisement
Advertisement cookies are used to provide visitors with relevant ads and marketing campaigns. These cookies track visitors across websites and collect information to provide customized ads.
Others
Other uncategorized cookies are those that are being analyzed and have not been classified into a category as yet.
SAVE & ACCEPT